Chemical and Physical Properties between Heavy Oil and Natural Bitumen 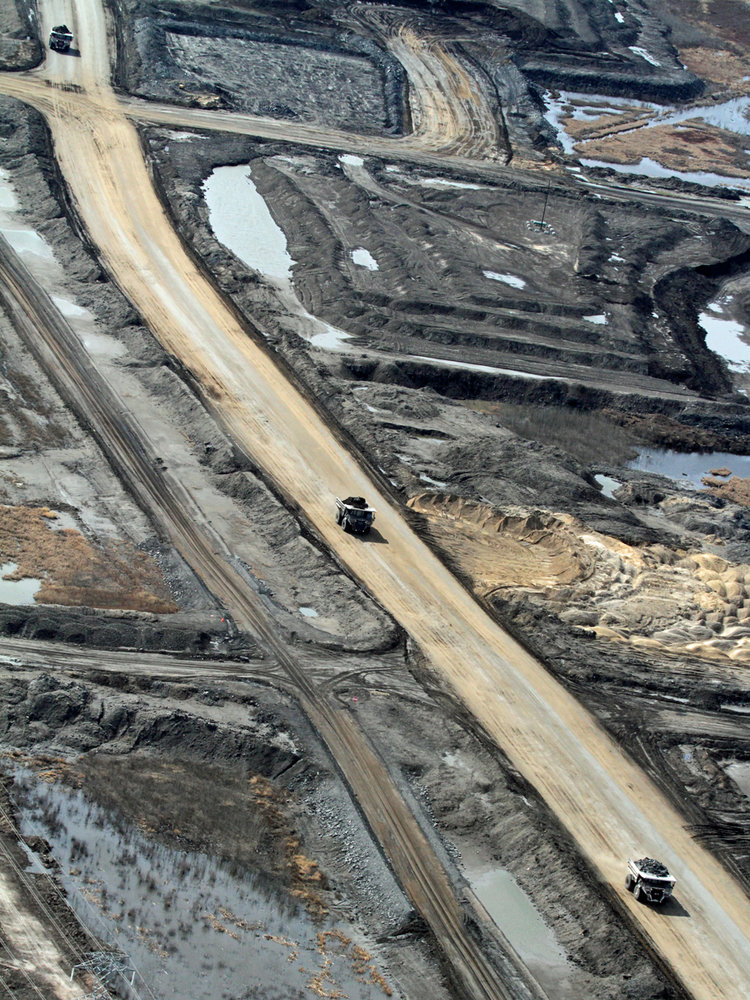 Heavy oil and natural bitumen are oils set apart by their high viscosity (resistance to flow) and high density (low API gravity). These attributes reflect the invariable presence of up to 50 weight percent asphaltenes, very high molecular weight hydrocarbon molecules incorporating many heteroatoms in their lattices. Almost all heavy oil and natural bitumen are alteration products of conventional oil. Total resources of heavy oil in known accumulations are 3,396 billion barrels of original oil in place, of which 30 billion barrels are included as prospective additional oil. The total natural bitumen resource in known accumulations amounts to 5,505 billion barrels of oil originally in place, which includes 993 billion barrels as prospective additional oil.  When natural bitumen is mobile in the reservoir, it is generally known as extra-heavy oil. As natural asphalt, bitumen has been exploited since antiquity as a source of road paving, caulk, and mortar and is still used for these purposes in some parts of the world. The direct use of mined asphalt for road paving is now almost entirely local, having been replaced by manufactured asphalt, which can be tailored to specific requirements.

Fundamental differences exist between natural bitumen, heavy oil, medium oil, and conventional (light) oil, according to the volatilities of the constituent hydrocarbon fractions: paraffinic, naphthenic, and aromatic. When the light fractions are lost through natural processes after evolution from organic source materials, the oil becomes heavy, with a high proportion of asphaltic molecules, and with substitution in the carbon network of heteroatoms such as nitrogen, sulfur, and oxygen.

Therefore, heavy oil, regardless of source, always contains the heavy fractions, the asphaltics, which consist of resins, asphaltenes, and preasphaltenes (the carbene-carboids). No known, that  heavy oil fails to incorporate asphaltenes. The large asphaltic molecules define the increase or decrease in the density and viscosity of the oil.

Due to scientists research asphaltenes are defined formally as the crude oil fraction that precipitates upon addition of an n-alkane, usually n-pentane or n-heptane, but remains soluble in toluene or benzene.

It is possible to form heavy oil and natural bitumen by several processes. First, the oil may be expelled from its source rock as immature oil. There is general agreement that immature oils account for a small percentage of the heavy oil. Most heavy oil and natural bitumen is thought  be expelled from source rocks as light or medium oil and subsequently migrated to a trap. If the trap is later elevated into an oxidizing zone, several processes can convert the oil to heavy oil. These processes include water washing, bacterial degradation and evaporation.

It is apparent that bitumen is different to conventional petroleum and heavy oil of liquid fuels and other products. Heavy oil, found in various reservoirs, and bitumen, found in tar-sand deposits.

Tar sand (also known as oil sand and bituminous sand) is a sand deposit that is impregnated with dense, viscous material that is usually immobile under reservoir conditions. Tar-sand deposits are found throughout the world, often in the same geographical areas as petroleum, including and heavy oil.

The heavy oil in various reservoirs and the bitumen in various tar-sand deposits represent a potentially large supply of energy. However, many of the reserves are available only with some difficulty and optional refinery scenarios will be necessary for conversion of these materials to liquid products, because of the substantial differences in character between conventional petroleum and heavy oil when compared to tar-sand. The definition of heavy oil has been very loosely based on the API gravity or viscosity.