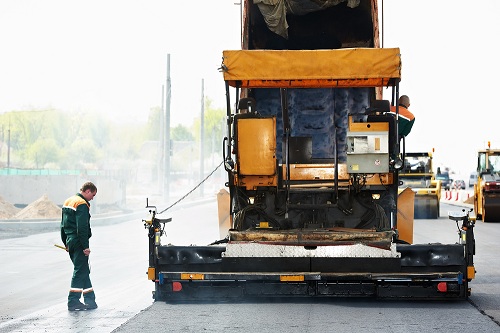 In order to ensure that bitumen emulsion performs its functions to the full extent, it is necessary to form solid bitumen film after it has disintegrated.  As a general matter the disintegration rate depends on the reactionary properties of the emulsion and the rock material as well as current temperature and humidity. Emulsion storage time depends on dispersion, as well as other factors, which, in turn, depend on the concentration of emulsifier and acid. Hence the three emulsion types: quick, medium and slow setting emulsions. 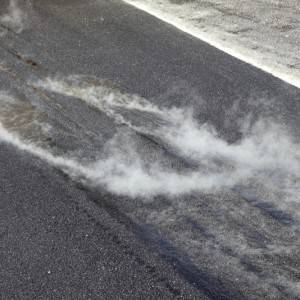 The quick-breaking emulsions breakup almost immediately after contact with bituminous material with a small specific surface.  Macadam can be taken as an example of such material.  The medium-breaking emulsions breakup when they are mixed with rock material with a small specific surface.  (E. g., preparation of black coated macadam, and obtaining of porous organomineral mixes).

The slow-breaking bitumen emulsions disintegrate after mixing with mineral materials having a large specific surface. (mixtures with a dense grain structure).  Bitumen emulsions of this type can be used to produce cold-type asphaltic concrete, emulsion-mineral mixtures as well as recycled bituminous concrete.

A specific bitumen emulsion types, which is being used, is determined by the type and concentration ratio of emulsifier, acid and bitumen.  It should be noted that the study of the bitumen emulsions disintegration process is still ongoing.  This is due to the fact that this process is influenced by many factors.

Bitumen emulsion disintegration can be accompanied by the following processes: